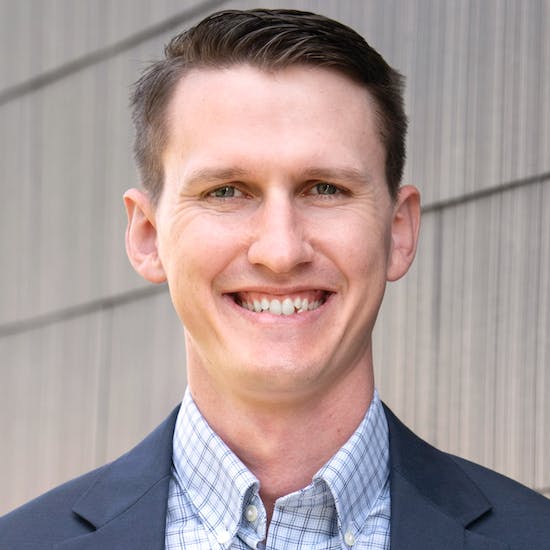 Jake grew up in a small Texas town of 5,000 people. Chasing the horizon, he attended the Virginia Military Institute and earned his mechanical engineering degree in 2009. He was then commissioned in the Navy for six years. During his service, he toured 25 countries over three deployments.

While working on his MBA at the University of New Mexico, somebody suggested he consider a career in commercial real estate, and he got involved with NAIOP where he discovered brokerage. He participated in the NAIOP National Forums for two years, and along the way, he developed industry relationships in Chicago, DC, New York, Detroit, Seattle, LA, and more cities.

Inspired by the challenge, Jake left the Navy to pursue CRE and earned his MBA in 2016. His last duty station was in New Mexico, so he chose to stay and accumulate two years of experience as a broker in Albuquerque. He sought a professional path that would allow him to solve complex problems and support his clients in identifying the value and potential in investment properties – CRE was the perfect fit.

Specializing in large commercial real estate (industrial and office) but possessing diverse experience in other asset classes and national markets, he fully serves his clients’ needs. Another of Jake’s core competencies is his understanding of the capital markets and ability to help clients explore their options, often uncovering new and unconventional funding sources.

Having lived and worked in multiple markets yields a national perspective and a distinct market awareness. He helps clients on both the acquisition and disposition side with projects that start with an empty building, to the sale of an occupied asset, and everything in between. Jake guides the repositioning of entire portfolios from start to finish, not only as a broker but also as a project manager.